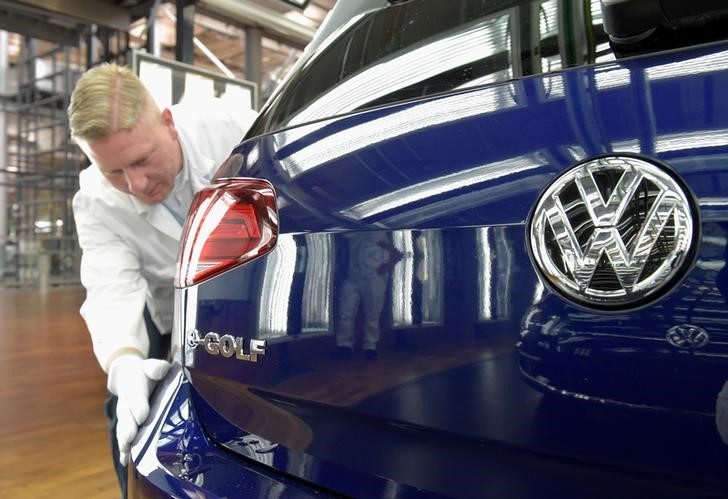 Investing.com — Volkswagen (ETR:) stock fell in morning trading in Europe on Thursday after the world’s second-biggest carmaker said deliveries slumped 31% in March due to Russia’s war in Ukraine and ongoing problems in its supply chain.

It also warned of a potential financial hit from volatility in “unpredictable” commodity markets, saying that developments there could have “significant impacts on the valuation of hedging operations.”

The warning comes a day after JPMorgan (NYSE:) admitted it had lost $120 million due to the price spike in on the London Metals Exchange. Prices for other battery metals and have also been volatile so far this year. However, VW didn’t give any further details of its exposures.

Volkswagen preferred stock fell 1.6% on the news, making it one of the worst performers in the benchmark on the day.

The idling of its plant in Kaluga, Russia, and the interruption of supplies of wire harnesses from facilities in Ukraine due to the war led to deliveries falling 43% in eastern Europe and 24% in western Europe, its biggest market. Sales were hurt most at its mass-market brand, as the company prioritized its higher-margin Porsche and Audi businesses for scarce inputs.

However, its operations in China also appeared to be heavily disrupted, against a backdrop of spreading lockdowns of industrial and logistics facilities to stop the Covid-19 virus. Sales in China fell 37% to 217,800 and appear under threat for the foreseeable future, after President Xi Jinping on Wednesday reaffirmed the country’s commitment to its aggressive “Dynamic Clearing” policy for fighting the coronavirus. Nomura analysts estimate that nearly 400 million people in China are currently under restrictions on mobility due to Covid-19.

The alarming development in deliveries overshadowed more positive news showing that the company made an operating profit of some 8.5 billion euros in the first quarter, and an operating margin of around 13.5%.