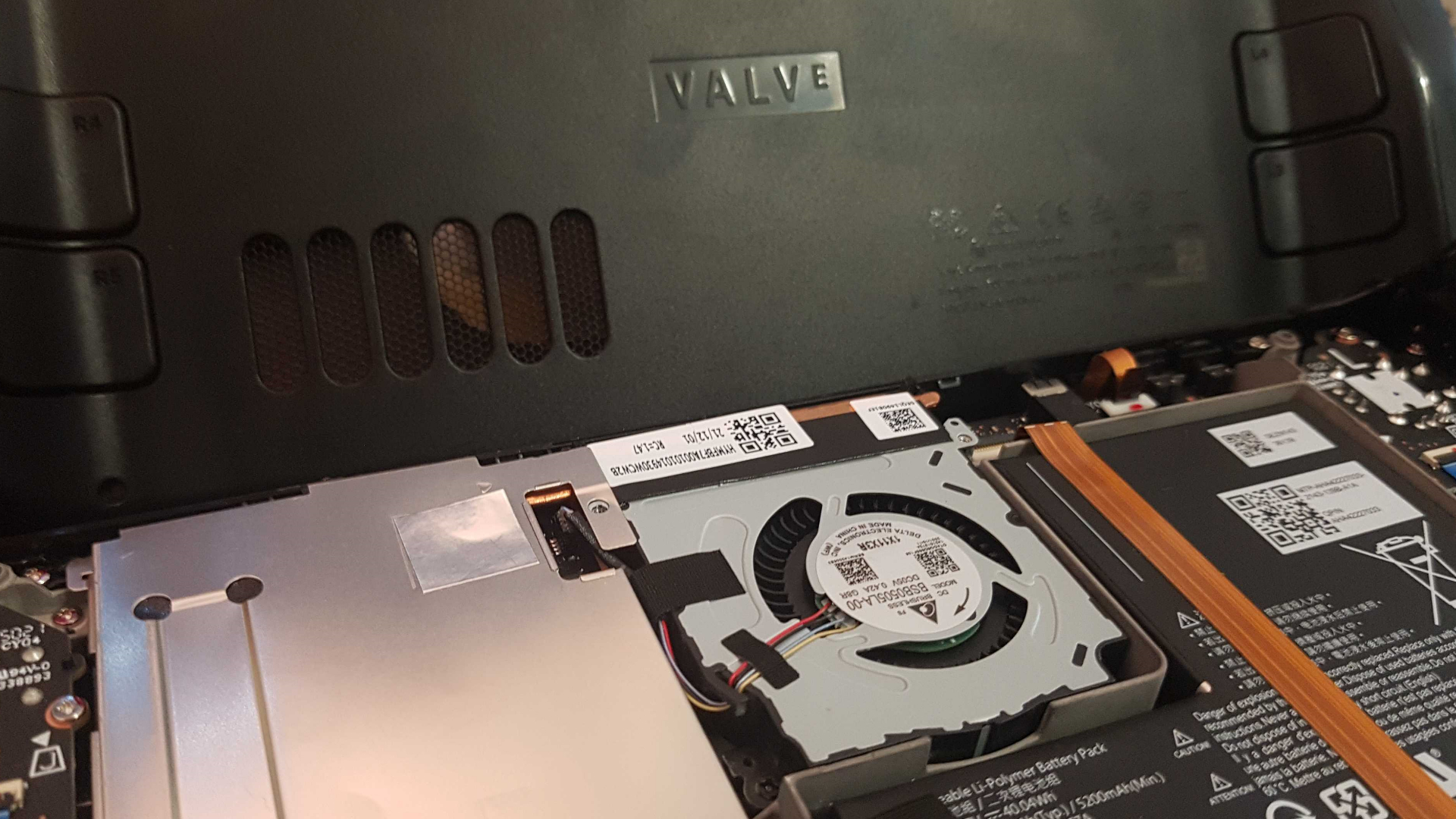 Going against the warnings made by Valve (opens in new tab), one Canadian modder has upgraded their Steam Deck’s SSD to house a 2242 M.2 NVMe SSD, rather than the 2230 form factor SSD it comes with. While you might have been thinking about increasing the storage capacity of your Steam Deck, now you know its possible to go physically larger, too.

The pcb appears to work fairly well for adapting a 2242 m2 to the steam deck, it doesn’t collide with anything on the motherboard or put any extra strain on any cables. However, it does make the heat spreader bow a tiny bit. The back plate reassembled without issue. pic.twitter.com/4j4LVbS0NGJune 21, 2022

Hot Hardware (opens in new tab) brought the modder’s Twitter overview to our attention, where we learned that the new SSD “doesn’t collide with anything on the motherboard or put any extra strain on any cables.” Somewhat worryingly, though, the mod did “make the heat spreader bow a tiny bit.”

Potentially this could cause issues with overheating later down the line, but they note that this didn’t stop the backplate form clipping back on just fine. Which all sounds totally safe. Completely.

For anyone wondering which SSD the modder went with, its a 512GB KingSpec PCIe 3.0 x2 that tops out at around 1100 MB/s. Sadly there’s still no way to jam one of the best NVMe SSDs (opens in new tab) in there, since they come in at a standard 2280 form factor, but at least the 2242’s are a little easier to get hold of (opens in new tab) than 2230 NVMe SSDs are. Which could make sticking 1TB of storage into your Deck pretty simple.

Though there are ways to do that without modding the internals. You could always bag a super-sized microSD (opens in new tab) card and run off that instead.

In measuring the difference between a micro SD and the NVME SSD (opens in new tab) inside the Steam Deck, testers discovered that the micro SD load was a mere 2 seconds behind, while in others there was no measurable difference: it was just as fast. So if its speed you’re concerned about, don’t worry too much.

But if you’re desperate for more storage space, and aren’t too concerned with voiding your warranty, a bigger internal SSD might just be the way to go for speedy loads.

Valve has made it incredibly easy to get into the Deck, with no proprietary screws or convoluted process involved in taking it apart. You simply unscrew and, with a little jimmying, all the insides are there for your technological amusement.

Just make sure to slip out any SD card you might have in there first, or it will break.

Cassidy Hutchinson stands by her testimony amid pushback