Rishi Sunak, the UK chancellor of the exchequer, has been dragged into the “partygate” scandal after it emerged that he is among the people facing a police inquiry into lockdown-breaking events in Whitehall.

Sunak’s allies confirmed he had been sent a questionnaire by police asking about his attendance at a party in Downing Street. He has seven days to reply.

The chancellor was reported to have been present at a surprise 56th birthday party for Boris Johnson, held in the cabinet room in June 2020. It is one of the events under investigation by the Metropolitan Police.

Sunak is teetotal and his allies have suggested that he stumbled upon the party, organised by Johnson’s wife Carrie, as he prepared to attend a ministerial meeting.

Previously, when asked by the BBC about the event, Sunak said he had been to hundreds of pandemic meetings in the cabinet room, adding: “You’re asking me about something that happened almost two years ago.” 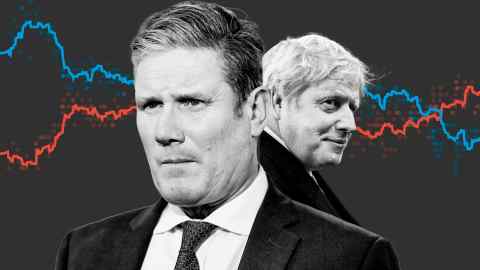 At the time of the party, social gatherings indoors were forbidden under Covid-19 regulations. The Met is said by officials close to the inquiry to have sent out more than 80 questionnaires relating to 12 Whitehall gatherings.

One ally of Sunak said: “It’s inevitable really, given that he lives and works in the building.” Asked if he would resign if police issued him with a fixed-penalty notice, the ally declined to comment on a “hypothetical” question.

Sunak’s involvement in the scandal may turn out to be something of a relief to Johnson, who has completed his own police questionnaire. The prime minister is thought to have attended six Downing Street gatherings.

Johnson is expected to face calls for him to resign if the police ultimately issue him with a penalty notice, which would confirm that they believe he breached his own Covid rules.

But if Sunak — the bookmakers’ favourite to succeed Johnson — was also issued with a fine, that could potentially take some of the pressure off the prime minister to quit.