In a viral TikTok video that echoes the evolution versus creationism debate, a self-described elementary school teacher insists that she has the right to teach students that gender is God-given.  It’s just one of the latest examples of polarizing content targeting transgender youth.

An elementary school teacher on TikTok says she wants to indoctrinate students about God to “even out the playing ground” pic.twitter.com/erDcac49M8

“If schools are allowed to teach gender identity, to elementary children then I, as an elementary educator should also have the freedom to teach them about how God was not confused when he designed them,” the educator explains. “I should be able to teach them about Jesus and how God created them a boy or a girl on purpose and for a purpose.”

Related: Louisiana teachers could be banned from coming out to a student who asks if they’re gay 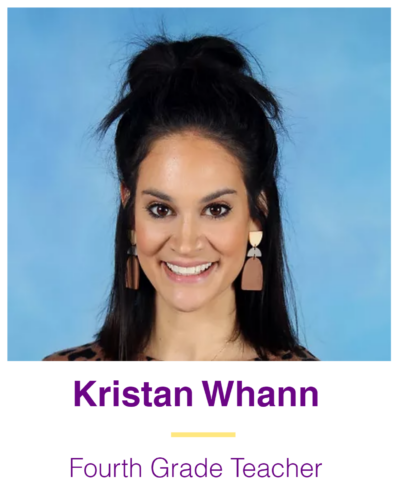 The video’s creator appears to be Kristan Whann, a fourth grade teacher at Doyle Elementary School in Livingston, Louisiana. Her video, which was widely shared before she made her account private, has some calling for her firing and others calling her a hero.

“If you have the freedom to teach my child that they might be confused about their gender, then I should also have the liberty to teach your child that God did not make a mistake when he created them,” Whann continues. “I think it’s time we even out the playing ground.”

A FB account belonging to a Kristan Whann celebrated the positive coverage in a post this morning.

“Thank you for hearing the heart behind what I was actually saying!!!!” she wrote alongside a post from right-wing radio show Walter and Johnson titled, “Louisiana Teacher fights back against “woke” educators by preaching God.”

There seems to be a hunger for this kind of 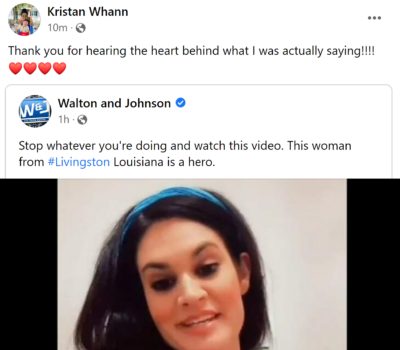 The video fails to note that sex education in Louisiana schools is already exclusively heterosexual.

Lawmakers in the state are also considering legislation inspired by Florida’s so-called “Don’t Say Gay” law that would forbid teachers from discussing LGBTQ-related topics in the classroom.