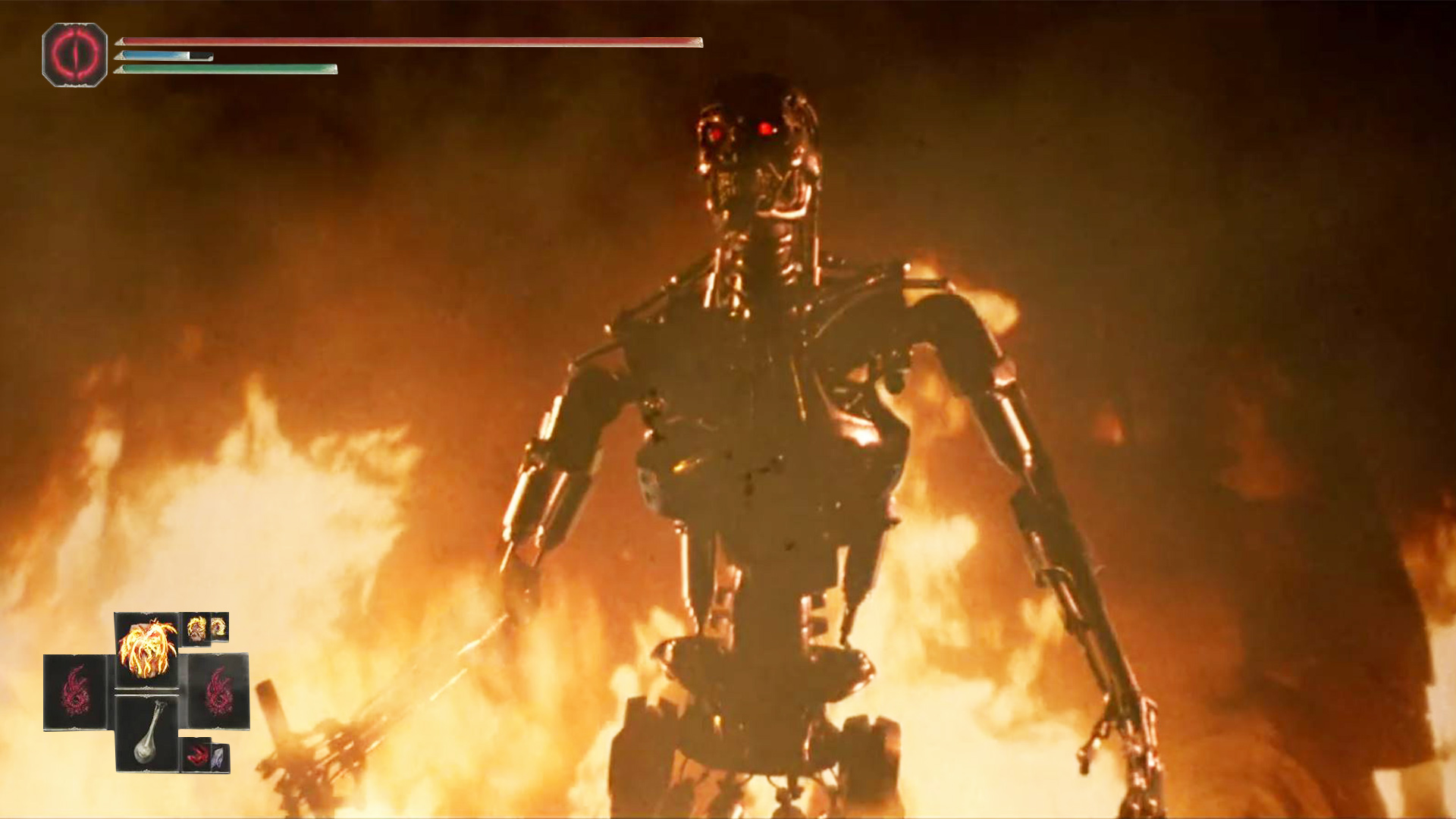 If you see this unflinching Elden Ring character stomp toward you with helfire bursting from their eyes, you’d better run. For several horrific seconds, this build by Adam Barker will ruin anyone in its path.

Barker calls it a mech build, likely because it’s unstoppable and lets out a barrage of projectiles that look sort of like missiles. To me, it looks closer to Cyclops or the Terminator. Either way, it’s a monstrous combination of spells and items that make your character basically immortal while you inflict Madness build up on your enemies for loads of damage.

The build centers around the Unendurable Frenzy incantation. It has a high faith requirement and you have to be deep into the game to get it, but it’s one of the strongest frenzy spells available. Usually, it’s hard to keep the flames pouring out consistently while fighting other players in PvP, so Barker added in a bunch of buffs.

From what I can tell from the video and Barker’s comments on Twitter, they’re using the Ironjar Aromatic, which uses a bit of FP to make your character have loads of poise so they can’t be staggered out of actions. They’ve also added in two Wondrous Flask of Physick buffs to temporarily make spells cost zero FP and convert all damage into HP. You can also see that Barker has the Dragon Communion Seal that makes incantations scale with your arcane stat, so the damage of the incantation and buildup of Madness on opponents is even greater.

The result is a build that can’t be interrupted and that feeds off of enemy attacks. Like I said, the only answer against this thing is to run away until the buffs run out. Otherwise, you’ll only be making it stronger.

It reminds me of the Deathblight build in that it largely involves the attacker running after their victims, but at least here, the Madness infliction doesn’t instantly kill you with no recourse. There’s something kind of clever about creating a build that goads people into attacking you when the build is made to not only withstand retaliation, but benefit from it via the HP conversion. Elden Ring players are persistent, and Barker found a way to exploit that.

UK ‘altnets’ risk digging themselves into a hole