AutoNation gets a bumpy ride as investors worry about U.S. consumers By Reuters 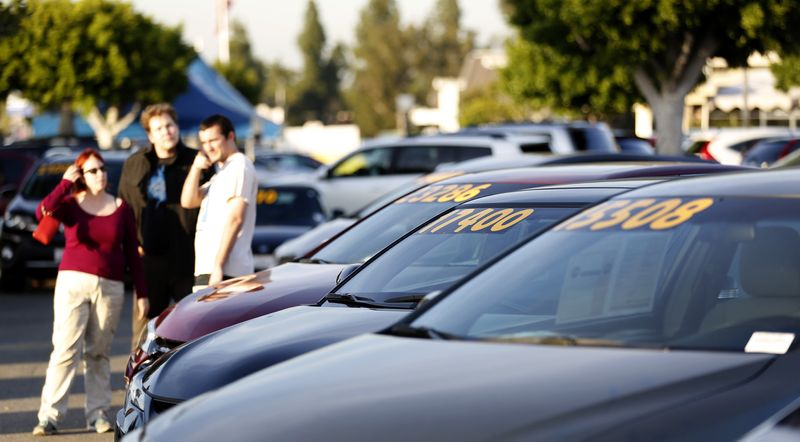 (Reuters) -AutoNation Inc and other brick-and-mortar auto dealerships in the United States turned shortages of new and used vehicles to profitable advantage in the first quarter, but the No. 1 U.S. auto retailer’s shares were volatile Thursday as analysts questioned the outlook for consumer demand.

AutoNation shares were flat in early trading, after initially rising by 4.6% to $110.70 in premarket trading, then falling by nearly 5%.

“We haven’t seen any drop-off in our inquiry levels,” Manley said. “They are up year over year. The industry is at a level where there is more demand” than supply of vehicles.

Manley told analysts that while the annualized pace of U.S. auto sales has been running at recession levels, that is a reflection of the hits to production from supply chain snarls.

“We have customers for everything that’s coming,” Manley said.

AutoNation and Lithia Motors (NYSE:), two of the largest U.S. auto dealership chains with hundreds of stores each, both outperformed investor expectations in the January to March period. Online used car retailer Carvana, however, on Wednesday reported a wider loss than analysts had forecast and its shares fell before the market open.

Lithia Chief Financial Officer Tina Miller also told Reuters “demand has continued to outpace supply” even as vehicle prices have risen, pushing average monthly payments to about $450 from the roughly $300 level before the pandemic.

Lithia on Wednesday reported it doubled its first quarter net income compared to a year earlier as revenue rose by 54%.

AutoNation said its average gross profit on new vehicles it sold more than doubled in the first quarter compared with a year earlier, rising to $6,112.

Manley said the company became concerned about pricing and sales trends for certain used vehicles during the quarter, and moved to clear out inventory. “We started to use the data we had available to us. We corrected very aggressively in the quarter,” Manley said.

AutoNation, Lithia and other U.S. auto dealerships built on traditional showrooms are rapidly building the capability to sell and finance vehicles online, while expanding highly profitable repair operations that online dealers such as Carvana do not have. AutoNation reported 45.9% gross profit margins on parts and service during the first quarter. Revenue for service rose $1 billion, up 18% from last year.

Stagflation, reflation, soft landing or a slump — what Wall Street expects in the second half of 2022

Should the Fed start selling its mortgage holdings at a loss to fortify its inflation fight?

People Are Sharing Why They Feel Like Their Career Was A "Trap," And Maybe We Can Learn From Their Mistakes